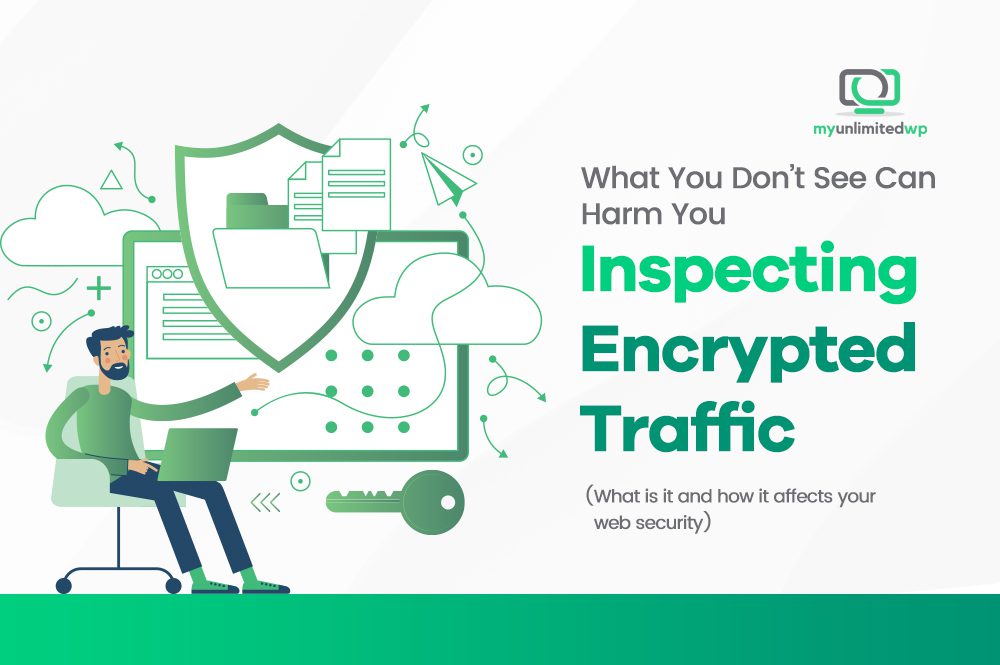 Traffic encryption, known officially as hypertext transfer protocol secure (HTTPS), is a method of securing the transmission of information to and from a website.

It could also be the #1 killer of your website.

We’re all about solving website problems and addressing issues before they affect your business. So talking about internet traffic encryption is vital.

Own a business? Have clients? Collecting data from visitors? Use the internet? Care about your sensitive information being leaked online? Concerned about your online security? If any of these apply to you, this article is important.

Without a proactive security strategy, businesses risk the spread and escalation of malware, attacks on other websites, networks, and other IT infrastructures.

What happens if a hacker is successful? Attacks can spread from computer to computer, making it difficult to find the origin.

Encryption in cyber security is the conversion of data from a readable format into an encoded format. Encrypted data can only be read or processed after it’s been decrypted — or converted back into plain text.

It’s the basic building block of data security… the simplest and most important way to ensure a computer system’s information can’t be stolen and read by someone who wants to use it for malicious purposes.

How Data Security Encryption Is Used

Data security encryption is widely used by individual users and large corporations to protect user information (such as what we mentioned above) that is sent between a browser and a server.

Related reading(s): What is Data Encryption?

Data encryption software, also known as an encryption algorithm or cipher, is used to develop an encryption scheme that theoretically can only be broken with large amounts of computing power. But we’ll get more into that when we discuss steps to protect your website from malicious users later in this article.

Does Encryption Create Just As Many Problems As It Does Solutions?

There’s no denying that as technology changes, it becomes increasingly challenging for businesses of all types to keep their personal and customer’s information on the web secure.

Web security is important to keeping hackers and cyber-thieves from accessing sensitive information. So encryption allows organizations to safely do this.

Sensitive and confidential information can be moved around without exposure to prying eyes. But, since organizations don’t have visibility into most of that traffic, it may also be carrying unsanctioned applications and malware hidden in encrypted flows.

And, guess what? Cybercriminals are actively using this blind spot to get around security detection, knowing most people do not inspect it.

They use encryption to obscure their presence and evade detection, whether delivering malware or exfiltrating stolen data, to bypass traditional security tools knowing most people do not inspect it.

Google’s Transparency Report provides data on the status of HTTPS adoption and usage at Google and across the web.

Their goal: “To achieve 100% encryption across our products and services.”

The variation between countries/regions is due to a number of factors, including the types of devices used in that country/region, as well as the availability of software that can support modern encryption technologies like TLS.

Mobile devices account for the vast majority of unencrypted end user traffic that originates from a given set of surveyed Google services. Why?

Some older devices cannot support modern encryption, standards, or protocols. Unfortunately, these devices may no longer support software updates and, as a result, may never support encryption.

Additionally, several technical and political challenges stand in the way of achieving full encryption of all web traffic.

How Should You Inspect Encrypted Traffic?

The best way to ensure that hackers aren’t sneaking malware through your encrypted traffic is to decrypt and inspect it.

By decrypting traffic and quickly scanning the contents, organizations can shine light on hidden threats, ensuring malicious elements stay out of their network and that protected, sensitive data stays in it.

Below are 3 ways you can inspect encrypted traffic.

For example, connections between machines that do not normally connect, either internally or between an inside machine and an unknown outside system are inherently suspicious.

Unusual use of TCP/UDP ports is another behavior worth monitoring. There are resources available that allow you to monitor this sort of behavior. Check out some suggestions here.

One possibility for making a lot, if not all, of your encrypted traffic inspectable is a Secure Sockets Layer (SSL)/TLS proxy server.

The operations the proxy server performs can include security operations, such as malware scanning and blocking prohibited sites. Many third-party security products operate as SSL/TLS proxies.

The traffic legitimately encrypted (at the level of network packets) is typically done so with SSL/TLS. You might encounter other encrypted protocols. Some might be legitimate, but others have no place on your network.

Don’t make your password a familiar phrase. It might be easy for you to remember the phrase “I love my children” but a  password cracking software will break that in no time.

Here’s a tip: instead of using the phrase as your password, take the first letter of the phrase and use it as initiliasm such as:

With this set up, you’re immediately sent a text message with a phone number you registered with to confirm the login user is you. If you didn’t log in, you’ll be prompted to immediately change the password to secure your account.

Use secure file-sharing services like Google Drive or Dropbox that use encryption to send some files over the internet. Just keep in mind that the files you share through these services will not be deleted automatically; you would need to delete the files manually.

You could utilize a service that auto-deletes the file once it is securely received at the other end such as Firefox Send or Tresorit Send. Read more about auto-delete services here.

Do yourself a favor and don’t wait until an attack to protect your website. The reality is that sending sensitive information through the internet nowadays is increasingly risky. But hackers are aware of heightened security loopholes these days that can lead them to sensitive information.

You can still share sensitive information over the internet, but take precautionary measures to secure your network.

With 17 years of web design experience, we have perfected our skills in WordPress problem-solving. We’ve recognized a common need for an Unlimited WordPress Changes and Support Service. That’s why we started MyUnlimitedWP. You get a perfectly functioning site and a stress-free you at a great price.

Now all you need to do is get awesome support!

Now all you need to do is
get awesome support!

This is an necessary category.